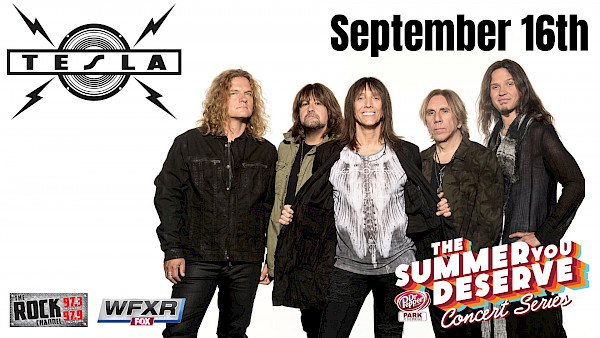 That they are still roaring and soaring should be no surprise. That’s just how they are built. TESLA may have been born in the mid 80s eruption of leather, spandex, and big hair, but this band has never been about those things. Hardly. Their bluesy, soulful sound is strongly embedded in the roots of organic, authentic, 1970s rock and roll. The same roots that produced bands like The Allman Brothers, Grand Funk Railroad, AC/DC, Lynyrd Skynyrd, and Aerosmith.

The ground started shaking up in Sacramento, CA, in 1984; gold country that would soon be producing some platinum. They started out as City Kidd, until someone suggested they change their name in honor of eccentric inventor Nikola TESLA, who pioneered all things electrical – and who, like any revolutionary rock and roll band, made magic working with the basic forces of nature.