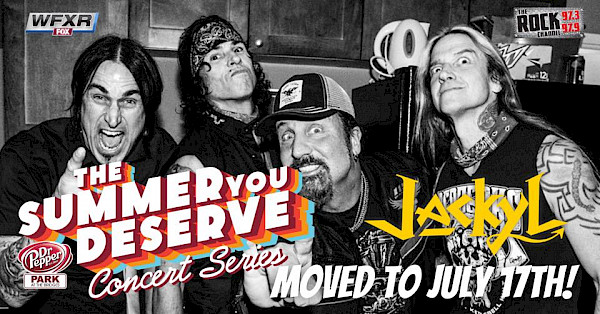 The 1992 self-titled debut album went platinum and featured notable rock radio hits like “Down On Me,” “When Will It Rain,” “I Stand Alone” and, most notably, “The Lumberjack,” during which vocalist Jesse James Dupree performed a chain-saw solo. Dupree’s chain-saw escapades on album and in concert became one of many Jackyl trademarks. With the release of ‘Jackyl’ hit the road and barely left it since. Just long enough to record new albums. Touring mates in those early days included Aerosmith, Kiss, ZZ Top, Ted Nugent and Damn Yankees. 1993 saw “Mental *@%.!” featured on ‘The Beavis & Butt-head Experience,’ a compilation album of songs tied in with MTV’s hit cartoon series; it was eventually certified triple platinum. 1994 was one of the most important years in the band’s career. The second album, ‘Push Comes To Shove,’ hit the streets and went gold. That August, Jackyl turned in one of the most acclaimed performances at Woodstock ’94 in Saugerties, NY, and the resulting double album ‘Woodstock 94’ went platinum and included “Headed For Destruction” (a track from ‘Push Comes To Shove’).

The band earned two Guinness Book of World Records citations and the designation “The Hardest Working Band in Rock ‘N’ Roll” for performing 100 shows in 50 days as well as 21 shows in 24 hours. Dupree says the most grueling of the two was 21 shows in 24 hours; Jackyl completed that task in Texas, and the shows were all done with full lights and sound. For a band that built its reputation as road warriors, it’s surprising that a full-length live album meant for worldwide release did not appear until 2004 with the separate release of the ‘Live at the Full Throttle Saloon’ CD and DVD on Sanctuary Records. ‘Live at the Full Throttle Saloon’ was recorded and filmed in summer 2003 in Sturgis, South Dakota, as part of the legendary annual biker rally festivities held there.