Deschutes Brewery Announces their new East Coast location will be in ROANOKE, VIRGINIA 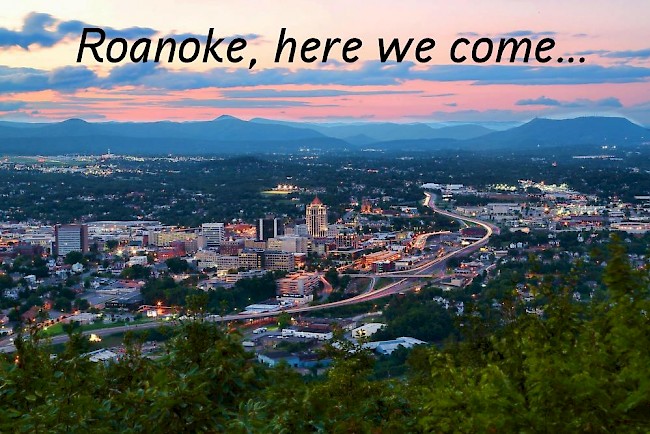 We are beyond excited to announce that our new East Coast location will be in ROANOKE, VIRGINIA! Although it was a tough decision & we loved so many of the communities that we visited over the past two years, we will soon be calling Roanoke our second home. www.deschutesbrewery.com/roanoke

We'd like to call out and thank all of our fans on social media who have been sending us photos of their communities & telling us all about the great places you live. And a HUGE shout out to basically the whole Roanoke Community who have rallied behind the Deschutes 2 Roanoke Campaign! Your comments, "likes," hearts, & enthusiasm over the last year has been amazing!! We've never seen anything like it and we are very proud to become part of this community! If you are in Roanoke, please come out & meet our crew tonite at Blue 5 Restaurant from 5-7pm for a BEER! Wahoo!!!

An Ongoing Log of News About Deschutes Brewery in Roanoke

ROANOKE (WSLS 10) – Deschutes Brewery and the city of Roanoke finalized plans for a big event this summer.

On August 27 at Elmwood Park, Deschutes will host a Street Pub.

This event will give people a chance to know the company’s beers and give back to the community, according to Deschutes.

All of the proceeds from the event will go to local non-profit organizations. Last year, their Street Pub events across the country raised $400,000 for local non-profits.

For more info regarding the event visit https://www.deschutesbrewery.com/events/categories/street-pub/

The Roanoke Times – Our view: How we won Deschutes, part 1

The story begins with a disappointing loss. In January 2012, Sierra Nevada passed over the Roanoke Valley and announced it would locate its new East Coast brewery in Asheville, North Carolina. The valley had even mounted a very public social media campaign, with a Facebook page that generated more than 1,000 likes.

In the end, though, we just couldn’t compete with a city that was becoming known as “Beer City USA.”...