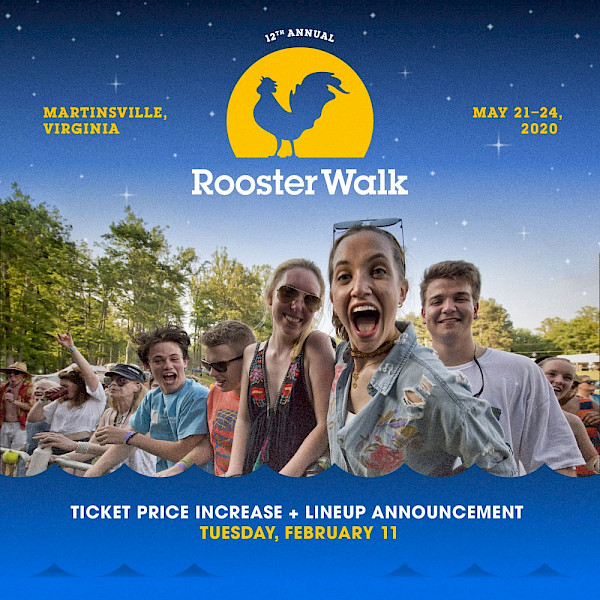 Rooster Walk has been named one of the Top 5 festivals in the state by the Richmond-Times Dispatch. It also has been voted the region’s Most Creative Charitable Event by readers of Virginia Living Magazine. The festival was created in memory of late Martinsville natives Edwin “The Rooster” Penn and Walker Shank, who graduated from Martinsville High School in 2000 along with Buck and fellow festival co-founder William Baptist.

A portion of proceeds from the festival will be donated to local and regional charities, including Rooster Walk’s own Penn-Shank Memorial Endowment Scholarship Fund for students at Martinsville High School, and the Rooster Walk Music Instrument Program for public band programs in the local city and county school systems.

For more info regarding the event visit https://roosterwalk.com/