On April 22, 1776, Mr. Carter Henry Harrison, from the porch of Effingham Tavern at Cumberland Court House, did instruct elected delegates of this County to vote for independence from the British government at the Virginia Convention of May 6, 1776. This was the First Call for American Independence issued by a publicly elected governmental body. This event of the First Call for Freedom is unique, historic, and ever serves as an example of self-government in the Cause of Liberty. 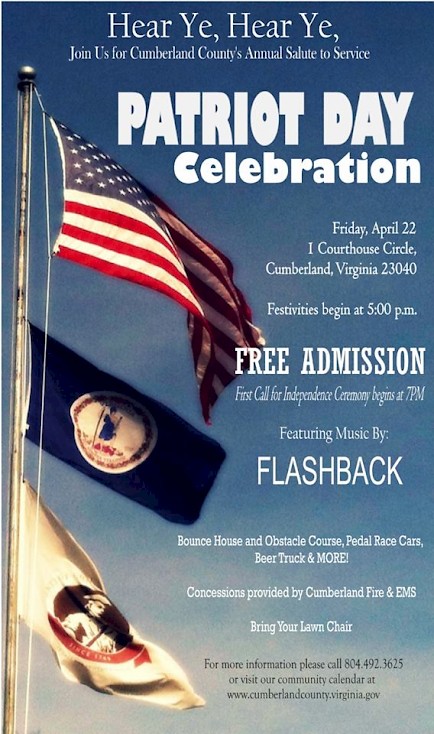 FLASHBACK is a nine piece party band comprised of current and former professional and semi-professional musicians, all mostly self-employed in a diverse variety of careers. Eight of our talented musicians also sing lead and back-up vocals, and we are proud to feature a four piece horn section.

FLASHBACK performs the music you grew up with and like to "sing along to" as well as today's current hits with high energy and 100% live dance music. 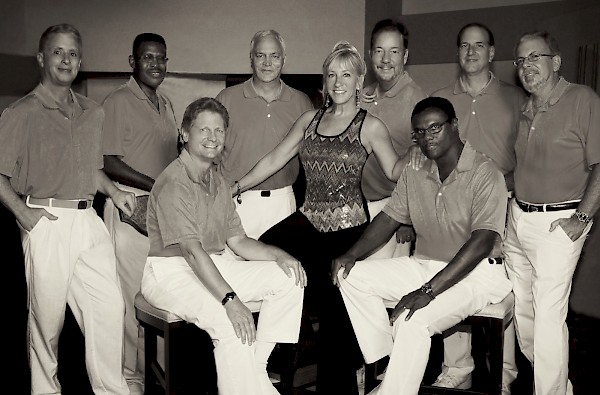