Asheville, North Carolina’s River Whyless is a band much like that titular body of water – a mingling of currents, a flow of time and physical space, all brought together in a murmuring sense of purpose. It is the expression of a group of musicians, three of which are songwriters, who have played together in various forms since their college days in the North Carolina mountains. Their forthcoming EP, their first release since their 2012 debut album, is the next evolution of the band’s collective voice.

Composed of Ryan O’Keefe (guitars, vocals), Halli Anderson (violin, vocals), Alex McWalters (drums, percussion) and Daniel Shearin (bass, vocals, harmonium, cello, banjo), the band found themselves at a bit of a crossroads when preparing music for a new release. “Sometimes each songwriter really differs quite a bit from the other,” said O’Keefe. “We had to figure out how to incorporate everyone’s writing style into a cohesive idea. These were the five songs where we could find that common thread.”

After the “long and arduous, DIY” process of recording their first album over a period of many months back in 2011, the band elected to decamp to Louisville, Kentucky’s La La Land Studio to work with Kevin Ratterman (Andrew Bird, My Morning Jacket, Ben Sollee) on their new recordings. “We like to get out of town when we write and record. Putting our minds and bodies in a creative place tends to yield the most honest results. In an atmosphere like La La Land you can eat, sleep and breathe the music you’re working on without the distractions of everyday life. I enjoy that,” added O’Keefe. “We recorded mostly live with just a few overdubs. Kevin likes to move at a good clip in order to capture that magical, synchronistic moment. He also records to tape and uses all this great gear. Tracking this way was new and exciting to us and, I think it shows in the songs.” Recording this way captured the chemistry and intuitive bonds of long-time collaborators hitting their stride. As a band who has toured heavily over the years, it reflects River Whyless as a cohesive unit, where each member anticipates the other’s move, and effortlessly complements it. The new EP was recorded and mixed in just four days. “I’m more proud of these songs than any others we’ve recorded” glowed O’Keefe. And it’s easy to see why.

The machinery-like percussion that leads track four, “Miles of Skyline,” is interwoven with clock-like guitar patterns alongside Shearin’s lead vocals. The weeping guitarof “Fine Companion” underpins the stridently hopeful lyrics. “Maple Sap” builds on its multiple metaphors of firewood and sap to ask universal questions we grapple with in stillness with ourselves. “Bath Salt” has a loping rhythm that showcases Anderson’s voice finding a mark between Sandy Denny’s ethereal plea and Crystal Gayle’s country swoon. The English trad-folk sounds are the band’s obvious touchstones, putting them in a category similar to contemporaries like Fleet Foxes and Stornoway. 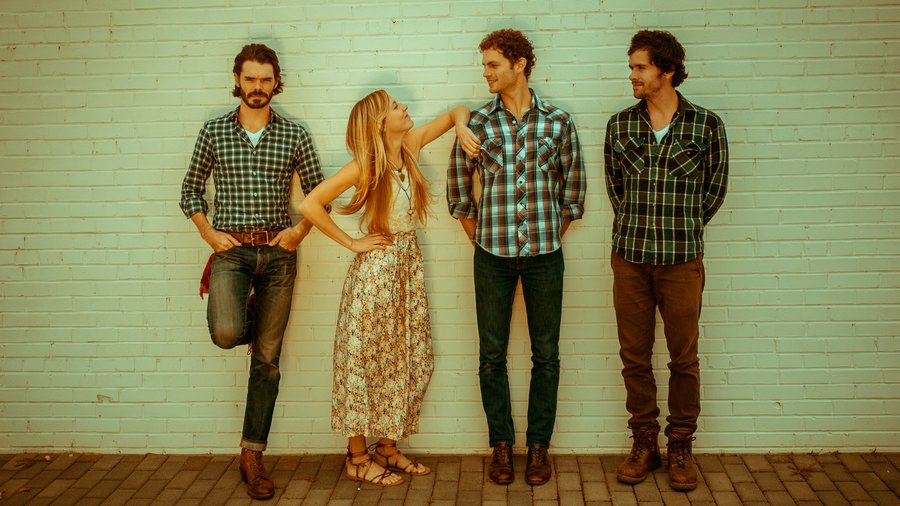