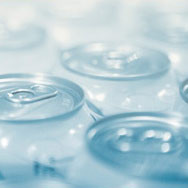 The fruit for each Caposaldo wine is hand harvested from low-yielding vineyards in prime growing areas in the classic wine regions of Tuscany, the Veneto and Lombardy.