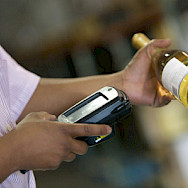 D'Andrea Wine & Liquor Imports, Inc. is a full service wine and spirit importer and statewide distributor in Pennsylvania, representing a full line of imported and domestic premium brands. We were established in 1982 by Joseph D'Andrea. Being a native of Italy, he knew the various wine regions and the great wines they produced. Over the next couple of years, each of his sons, Frank, John and Henry, came into the business. The company has continued to import wines from Italy, as well as wine from various countries, such as, Australia, Canada, Chile, France, South Africa and Spain, to mention a few. Distributing domestic wines from California, Washington and Oregon have also been an addition to the portfolio.

In 1999, Joseph retired from the business while his three sons have continued the family tradition of importing and distributing wines of the world.

During 2006, the third generation of D’Andreas began to enter the family business as well.

Come, taste and enjoy our wines!