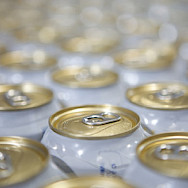 Twisted Tea Half & Half