Blue Ridge Beverage was founded in 1938 as a beer distributor. The Company has been under the direct ownership of the Archer family since 1959, when James M. Archer, Jr. and his wife, Regine, moved their family to the Roanoke Valley.

Under Mr. Archer’s management, Blue Ridge Beverage initially grew by diversifying into various beer and soft drink brands. In 1961, the Company entered the wine business by acquiring the distribution rights of an Alexandria, Virginia distributor that was exiting the Roanoke Valley market. These original brands formed the basis for what is now Southwest Virginia’s largest and most diversified wine distributor.

In 1969, tobacco and retailing giant Philip Morris acquired Miller Brewing Company, and, with its new parent’s sales and marketing expertise, Miller exploded in size and became the U.S.’s second largest brewer. Throughout the 1970’s, Blue Ridge Beverage’s growth mirrored the fortunes of Miller Brewing, and during this period Miller cited Blue Ridge Beverage as one of its most effective distributors, winning the prestigious Miller Masters Award on several occasions.

Blue Ridge Beverage continued to expand through acquisitions of beverage brands and territories. In 1984, the Archer family acquired Cavalier Beverage Company, Inc., a Miller distributorship in Charlottesville, Virginia. In 1988, Cavalier Beverage purchased the Miller distributorship in Harrisonburg, Virginia, which was renamed Shenandoah Beverage Company and was managed along with the Charlottesville operation as one company.

In 2001, the Company combined the Charlottesville and Harrisonburg operations into a new facility in Waynesboro, Virginia. With this move, Blue Ridge Beverage was operating in four strategically located and efficient facilities in Salem, Waynesboro, South Boston and Lynchburg.

In 2003, Blue Ridge Beverage acquired Dod Distributing Co., Inc. Dod was a Coors Brewing Company distributor with a broad malt beverage portfolio including Corona, Yuengling, and Sierra Nevada. The Company merged Dod’s operation into the Waynesboro facility, and in 2006 the Waynesboro Division won the prestigious President’s Award, given annually to the top twenty Coors distributors nationally.

In March 2013, the Abingdon (then Southwest) Division moved out of the Evans’ Marion facility and occupied a new, state-of-the-art facility, which is located more centrally to its territory in Abingdon, VA. In July, the Company purchased the operating assets of Gwyn Distributing Company of Marion, VA, and moved them into the Abingdon facility. Gwyn provided an outstanding portfolio of beers to complement Abingdon’s relatively lean portfolio, including the brands of Yuengling Brewery, Diageo-Guinness USA, Sierra Nevada, Rogue, and Old Milwaukee, among others. Gwyn also distributed a number of wine brands, and the acquisition was a significant step towards consolidating the Constellation Brands’ wine portfolio in this territory.

Blue Ridge Beverage’s objective is to provide the most experienced, efficient, sophisticated, full-service beverage distribution model for beverage suppliers to achieve and sustain their brand objectives in Central and Southwest Virginia. Many of these attributes, in addition to the Company’s ongoing commitment to investing in brands, people, technology, and tangible assets, have resulted in the Company’s preferred distributor status for many of its existing and prospective suppliers across all categories. Blue Ridge Beverage’s commitment to product quality has earned it the prestigious Bill Coors Excellence in Quality Award for two years in a row. In 2012, the Waynesboro Division scored a perfect 100 on MillerCoors’ quality audit, which assesses a distributor’s internal warehousing processes in addition to retail product freshness and package integrity. The Lynchburg Division earned the nation’s top spot among more than 600 distributorships for 2013. Equally impressive was the fact that all five of the Company’s divisions scored among the top ten MillerCoors distributors nationally in both years, further evidencing Blue Ridge Beverage’s institutionalized quality commitment.

Today, Blue Ridge employs nearly 450 people, and its successful growth strategy and strong competitive position are directly attributable to the quality of those employees. The Company has been under the continuous leadership of the Archer family for 60 years. However, without a large team of experienced, hard-working and dedicated non-family managers and employees, none of the Company’s achievements would be possible. Blue Ridge Beverage continually strives to offer customers the highest quality beverage products available, to provide suppliers and customers the highest service levels possible and, above all, to provide motivation, leadership, and an excellent work environment for its valued employees. 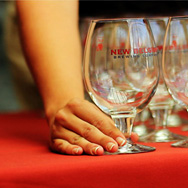 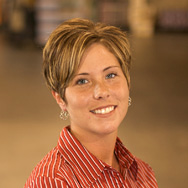 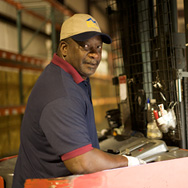 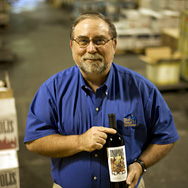 Blue Ridge Beverage is 81 years old and has been under the active management of the Archer family for 60 years.