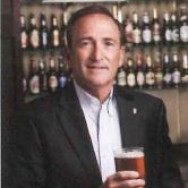 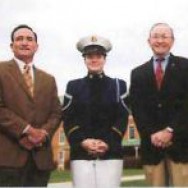 As Bob Archer prepares to take the reins as NBWA's chairman at its 75'th Annual Convention, he recalls another annual gathering of the association that was held in Chicago back in 1973. That was the first NBWA convention he attended. "At that convention, I never in my wildest dreams imagined I would serve as NBWA chairman," Archer said. Thirty-five years later, and after nearly 10 years serving on NBWA's board of Directors, he looks forward to guiding the association's advocacy efforts on behalf of his fellow beer distributors. Since 2001, Archer has served as president and CEO of Blue Ridge Beverage Company, a family-owned and-operated business with locations in Salem, Lynchburg, Waynesboro, South Boston, and Abingdon, Virginia. He runs the company alongside several family members, including his mother Regine and his brothers and sisters who all play a critical role in the business - Nancy Doucette, Jim Archer, Paul Archer, Evelyn Hunt and Jackie Archer. Although the company began business in 1938, the Archer family has led Blue Ridge since 1959 when James Archer and his wife Regine purchased the company. After James Archer passed away in 1972, Regine stepped in as president. This move was especially significant given the small amount of women in the beer distribution industry at the time. Today, she still comes to the office each day and serves Blue Ridge Beverage as Chairman of the Board. "Over the years, we have been blessed with good people who have shared in our vision and worked very, very hard to make it a reality," Archer said. Blue Ridge started with just 10 employees and five brands. Today, the distributorship employs 385 individuals and services more than 4,000 retail customers over a 49-county territory with approximately 140 brands of beer. Blue Ridge distributes more than 7.5 million cases of beer annually- an achievement Archer attributes to Blue Ridge employees and the distributorship's licensed retail partners. Archer is also quick to acknowledge Blue Ridge's suppliers and retail customers. "We have been blessed with creative and progressive suppliers over the years regardless of the constant mergers and acquisitions that go on at that level, now even globally," he said. "I especially do not want to minimize the support and relationship we have developed over the years with our customers - without them, there is no business." He recognizes the advantages that working with his family provide not only his business, but also the community. "The one major positive impact of the family business model is our ability to become totally engaged in our communities in both charitable and political perspectives," he said. Before working in the family business, Archer joined the U.S. Army in 1969 and served as an officer with the 82nd Airborne Division. He also served in Vietnam with the 22nd Replacement Battalion until 1972. During his service, he attained the rank of Colonel. In 1999, Archer retired from the U.S. Army Reserves and the Selective Service System after 30 years of military service. He has participated in numerous local charities and community organizations throughout his career, including those benefiting the military and their families. Archer also is involved with the Lewis-Gale Medical Center, Virginia Chamber of Commerce, Virginia Tech Foundation, Virginia Center for Healthy Communities, the Military Family Support Center and the Virginia Veterans Services Foundation- just to name a few. He is also the former president of the Virginia Beer Wholesalers Association. According to Archer, his family feels strongly that beer distributors must continue to support those communities in which they do business and that have made it possible for their businesses to grow and thrive. He lives in Salem, Virginia, with his wife, Sandra, and is a member of the First United Methodist Church. They have three children - Michelle A. Sykes, Lori A. Raible and Jill A. Perez - and six grandchildren.

Bob and Jim Archer with Kelsey Ginn,
the first recipient of the Archer Family
Scholarship awarded on behalf of the
Virginia Tech Corps of Cadets Archer
Family Endowment