May 12, 2016 – Bend, Oregon –Deschutes Brewery announced today they will begin servicing 49 counties and 17 independent cities in the Southwest and Central portions of the Commonwealth of Virginia beginning early August. The brewery is partnering with Blue Ridge Beverage Company, which is headquartered in the Roanoke Valley. Earlier this year, Deschutes Brewery announced that Roanoke would be the site for its future East Coast brewery location.

“We’re excited to partner with a family-owned and managed organization that calls the Roanoke Valley home,” remarked Stacy Denbow, business development director for Deschutes. “The Archer family, which owns Blue Ridge Beverage, is deeply rooted in the community that we will one day call home as well. They have a tremendous track record of charitable-giving and public service that enhances the overall quality of life in this region, something that’s very important to our core values at Deschutes Brewery. ”
Blue Ridge Beverage will launch Deschutes Brewery’s damn tasty beers later this summer including Mirror Pond Pale Ale, Black Butte Porter, Fresh Squeezed IPA, Pinedrops IPA, as well as their new seasonal, Hop Slice Session IPA, along with their Variety Packs.

“Our family and nearly 450 valued employees are honored to become the hometown distributor for Deschutes’ future brewery in Roanoke,” commented Bob Archer, Blue Ridge Beverage’s president and CEO. “Deschutes’ passion for brewing exceptional beers and culture of community involvement and sustainability will be a winning combination for the entire region. Blue Ridge and Deschutes share a commitment to quality, and we look forward to helping Deschutes get their beers to the welcoming #Deschutes2Rke market.”

#Deschutes2RKE was a social hashtag used in a grass roots campaign to bring Deschutes Brewery’s new East Coast facility to Roanoke. After a long decision-making process, Deschutes selected Roanoke based on several criteria including a culture and community that fit well with the brewery’s decades-deep roots. The new partnership with Blue Ridge Beverage builds on this commitment and momentum in the region.

About Deschutes Brewery
Named as OUTSIDE’s Best Places to Work in for the last three years in a row and winner of the 2015 Oregon Sustainability Award, Deschutes Brewery was founded in 1988 as a brew pub in Bend, Oregon. Still family and employee owned 28 years later, the brewery is known for brewing a diverse line-up of award winning beers including the popular Fresh Squeezed IPA, Black Butte Porter, and Mirror Pond Pale Ale. From the beginning, the focus has been on crafting the best beer and food using thoughtfully curated ingredients. With a second brew pub in Portland’s Pearl District that has become a popular destination for craft beer lovers from around the world, Deschutes Brewery now ships beer to 28 states, the District of Columbia, and internationally from its main brewing facility located on the banks of the Deschutes River. To find out more, visit www.DeschutesBrewery.com.

About Blue Ridge Beverage
Blue Ridge Beverage was founded in 1938 and has been owned and operated by the Archer family since 1959. Headquartered in Salem, Virginia, the company distributes beer, wine, cider and non-alcoholic beverages to more than 4,000 retail customers throughout southwest and central Virginia. The company’s five community-based, full-service facilities are located in Salem, Waynesboro, Lynchburg, South Boston and Abingdon. Blue Ridge Beverage’s objective is to provide the most knowledgeable, quality-conscious and efficient beverage distribution model in the region for its suppliers and retailer customers. To find out more, visit www.BlueRidgeBeverage.com. 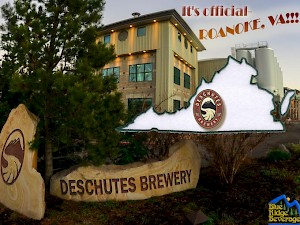 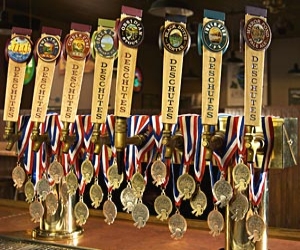